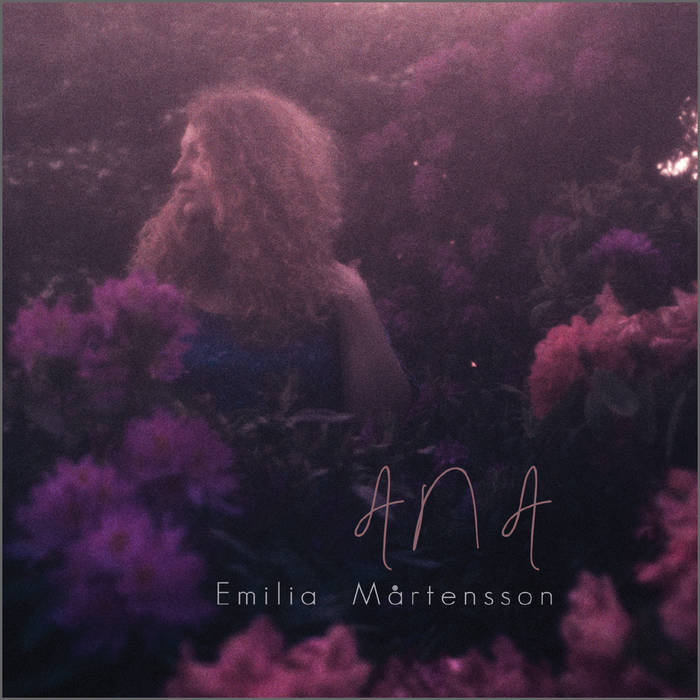 Over the last decade, Emilia Mårtensson has built a well- deserved reputation as one of the most exciting young vocalists on the UK jazz scene. But you wont find her simply churning out hackneyed jazz standards. Her gently expressive voice and highly personal compositions are firmly rooted in the folklore and the countryside of her native southern Sweden, adding to the mystique and allure of a distinctive and truly original artist.

As a youngster, Mårtensson immersed herself in the recordings of jazz greats such as Ella Fitzgerald, Billie Holiday and Anita O’Day. At the same time, she and a group of local boys were playing live jazz in her parents’ restaurant, which Emilia would later transform into one of the most successful jazz cubs in southern Sweden.

But, for all her jazz background, Swedish folk song was always deep in Emilia’s heart. You can hear it clearly, carved like an ancient rune, in the haunting and ethereal tones of her voice, in the dark melancholy of her storytelling and in the intimate, nocturnal hush of her timeless confessionals. Allied with the jazz musician’s effortless sense of timing and expression, it’s enough to make Mårtensson a very special voice indeed.

Mårtensson’s second album, Ana – named after her Slovenian grandmother – is where she pulls together all the many different strings that have illuminated her art.

Here, Mårtensson resumes her fascination with interpreting the songs of others, bringing her own unique vision to compositions by Jamie Doe, Barnaby Keane and Emine Pirhasan. She also pays homage to her great love for 70s pop singer-songwriters like Joni Mitchell and James Taylor, with a sly and sighing take on Paul Simon’s “Everything Put Together Falls Apart.” It’s a luxuriant performance enhanced by a lush acoustic setting, and captured in rich analogue detail by producers Rory Simmons and Alex Bonney at London’s Fish Factory Recording Studios.

Here, too, you can hear the calling of Mårtensson’s Swedish soul. “När Som Jag På Mitt Adertonde Å’’ (“When I Was In My Eighteenth Year”) is a traditional Swedish folk tune, which Mårtensson describes as “a dark song, this one, a suicide letter from a young girl to her parents” – leant an almost unbearably poignant tension by its sparse and wintry arrangement.

A swirling, dreamy version of saxophonist Joe Henderson’s tune “Black Narcissus,” with original lyrics, is where all these impulses come together. “I fell in love with these melodies that are quite dark and simple to sing, for example “Black Narcissus,” says Mårtensson. “It’s not a folk tune, but it does have that kind of melancholic vibe to it and a very folky essence to the melody line. I just find myself wanting to sing these melodies.”

On Ana, Mårtensson is reunited with bright young UK pianist Barry Green, with whom she recorded her debut And So It Goes...Green’s nimble runs and quizzical chords supply fresh invention across the whole set, pushed on by the mellifluous grooves of double-bassist Sam Lasserson, and the subtle rhythmic shadings of percussionist Adriano Adewale. Finally, The Fable String Quartet wraps Mårtensson’s sensitive arrangements in delicately beautiful yet deeply lush swathes.
It all adds up to an unforgettable experience.

Emilia Mårtensson moved to London in 2000 to study at Trinity College of Music. In 2010 she joined Kairos 4tet as vocalist and lyricist and was a key factor in helping the group win Best Jazz Act at the 2011 MOBO Awards. In 2012 she released the duo album And So It Goes... with pianist Barry Green, and was described by The Observer as The New Face of British Jazz. “Mårtensson invests every sound with a skimming, rapturous lightness and clarity.” (Jon Fordham, The Guardian)

Pianist Barry Green has played with a wide-range of British jazz stars including Don Weller, Bobby Wellins, Christine Tobin, Ian Shaw, Dave Green and others, and is a regular member of groups led by Ingrid Laubrock and Larry Bartley. He leads a quartet featuring Mark Hanslip, Oli Hayhurst and Tim Giles, which plays his own compositions, and he co-leads the quartet Babelfish, with singer Brigitte Berha. “A cerebral swinger with a liking for unexpected harmonic turns.” (The Independent}

Sam Lasserson is a London-based bassist who is part of New York drummer Jeff Williams’ powerhouse UK quintet, and has played with Bobby Wellins, Anita Wardell, Martin Speake, Frode Kjekstadt and others, “Lasserson... exhibit[s] a hard-driving resourcefulness ... to rival some of the world’s best-known post- bop practitioners.” (The Guardian Online)

Brazilian percussionist Adriano Adewale moved to London in 2000. He has performed with his own bands Sambura and the Adriano Adewale Group, which released an acclaimed debut album, Sementes in 2008, and has played with Latin jazz legends including Airto Moreira, Flora Purm and Seu Jorge.