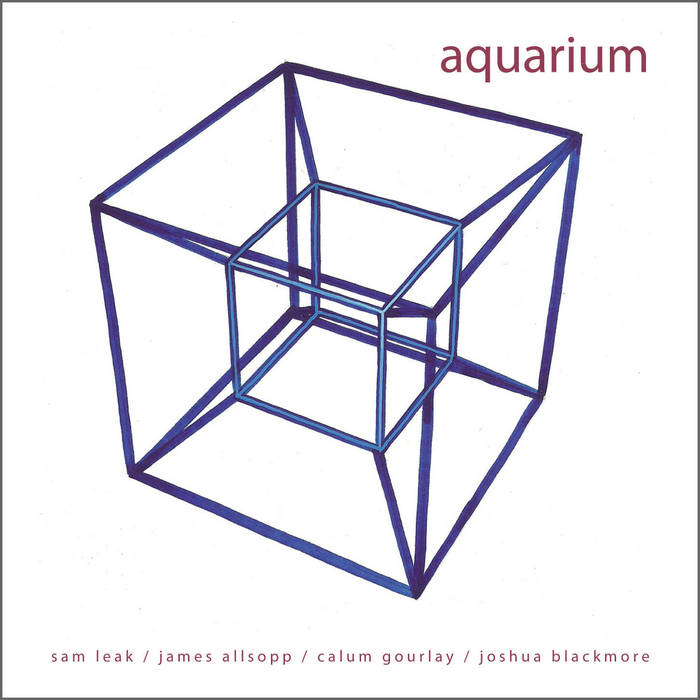 "Leak's well-worked, linear compositions are shaded with English eccentricity. Bucolic reveries toughen into grimy urban soundscapes, there are classical references and the band's performance has a gritty matter-of-factness....Improvisation remains at the heart of any jazz performance, and both Leak and Allsopp are strong soloists who grasp complex themes with a firm hand. Leak solos with long lines that move from near-abstraction to rootsy repeats and then fade tantalisingly into the lower register." - Hobart, M. (2011, August 29). Arts & Television. Financial Times,11

"There's a feeling to some of the writing and the atmospheres created that is both young and fresh, yet also acknowledges that strain of pastoral, relatively blues-free, very English jazz that stretches back through Stan Sulzmann and Nikki Iles and John Taylor to Michael Garrick. Because of that, Aquarium is likely to attract a wide audience from those who might also have Kairos 4tet and Sam Crockatt on their current gig and CD radar." - Bacon, P. The Jazz Breakfast. (2011, June 15) Retrieved January 16, 2011, from: thejazzbreakfast.com/2011/06/15/cd-review-aquarium/

"The emphasis is wholly on a carefully handled tension in the rhythm section with drums and bass locked in a fraught, plaintive drone, the delicacy of which is emphasized by Blackmore's almost tabla-like snare work and the discreet throb of Gourlay's bass, tantaslizing with two or three note stabs. Leak plays economically, brushing upper register chords with a Satie-like finesse to imbue the whole atmosphere with a brooding grace that is then heightened by Allsopp's stringently wrought overtones and terse but melodic coda" (Kevin Le Gendre in BBC Music Magazine) - Le Gendre, K. BBC. (2011, September 9) Retrieved January 16, 2011, from: www.bbc.co.uk/music/reviews/jwcg

"The Royal Academy of Music jazz course is now widely renowned for delivering musicians and composers of exceptional quality, not least an impressive lineage of pianists that includes Gwilym Simcock, Tom Cawley, Kit Downes and Ivo Neame. The latest name to add to this roster is Sam Leak, a young musician whose debut album with his ensemble Aquarium is an immensely mature and sophisticated work... Leak is a committed musician, expertly constructing flowing, natural, singing lines and also unafraid of taking risks. His careful touch allows him to draw a distinctive, personal sound from the piano." - Paton, D. Music OMH. (2011, August) Retrieved January 16, 2011, from: www.musicomh.com/albums/aquarium_0811.htm


"Like his fellow Royal Academy of Music alumni Gwilym Simcock, Ivo Neame and Kit Downes, Leak is a thoughtful and resourceful young pianist with a wonderful touch and a very sensitive ear to the overall ensemble sound. What is striking on a first listen to his new material is how he patiently develops his lines and uses space masterfully. This is another great young talent who looks more than capable of helping to keep the Brit Jazz flag proudly flying well into 2011 and beyond." - Gray, T. LondonJazz. (2010, December 05) Retrieved January 16, 2011, from: londonjazz.blogspot.com/2010/12/preview-sam-leaks-aquarium.html

"The piece "Shades Of Grey... features Leak at his most lyrical, picking out the delicate tune on piano against the gentle patter of Blackmore's hand drums. Allsopp, on tenor, plays prettily, often in the instrument's upper register, and there's a warm, deeply resonant bass solo from Gourlay. Leak's own solo has a shimmering, pellucid beauty on one of the album's most instantly appealing pieces." - Mann, I. The Jazz Mann. (2011, July 25) Retrieved January 16, 2011, from: www.thejazzmann.com/reviews/review/aquarium/

"Leader Sam Leak's melodious, flowing compositions had an inky depth to them - like watercolours and took the audience on a soothing, satisfying journey through the 75 minute set." - Coombe, A., Knowles, F., Hewlett, S., Serious (2011, August 18) Retrieved January 16, 2011, from: www.londonjazzfestival.org.uk/blog/2011-08-18/welsh-cakes-and-brecon-jazz-festival

"Sam Leak's Aquarium also strode that particular musical divide, with subtle shades of introspection and a tentative, questing approach taken by their pianist-leader... Aquarium struck me as a band that asks a lot of eternal questions and isn't looking for immediate cliched answers" - Mitra, S. (2011, August 17) “In praise of the music at Brecon Jazz”. Retrieved January 16, 2011, from: www.saramitra.com/gigs/saras-blog-in-praise-of-the-music-at-brecon-jazz/

"Sam Leak’s quartet darts with fluent ease between finely-spun chamber jazz and open improvisation, all with a fizzing wit and energy" - Serious. (2011) Retrieved January 16, 2012, from: www.londonjazzfestival.org.uk/events/2011-11-13/aquarium

"A set of absorbing compositions from Sam Leak. Excellent playing and interaction in the band - with intelligent use of space, colour and dynamics. A fine achievement." John Taylor

"a commitment to lyricism and detail of inflection distinguish the playing of these musicians. Allowing melody to guide both the improvisations and compositions gives this music a nostalgic quality, yet it feels very much of our time the breadth of its influences." Liam Noble

"Sam Leak is one of the brightest young stars in the jazz piano galaxy, a heavenly improviser and a brilliant prospect for the future."
Helen Mayhew, JazzFM

"This is a strong and melodic debut by this fine group of young musicians. Influences are apparent, but they have a real ensemble sound and the set is well paced with a feeling of intimate listening going on. A band to look out for on the live circuit!" Phil Robson

"I love Sam's writing on this album - the tunes sound really unique, intricate but really memorable. The band playing together also sound like a real unit, like everyone is seeing the tunes from the same angle. I really enjoy hearing bands like this, as this is when the compositions really come to life I think - and in Sam's album this happens. Supporting Sam are three of my favourite musicians, their playing combined with great melodies and textures makes for a really enjoyable record." Kit Downes

"Sam's music brings together all that is right about not just contemporary jazz but also new music; the music feels loose and open at times and tight knitted and calculated at others. It marries an open soulfulness with the complexities of rhythm and harmony without a hint of pretension" Rory Simmons

Vocals and lyrics for 'Shades of Grey' featuring Rhiannon Bradbury