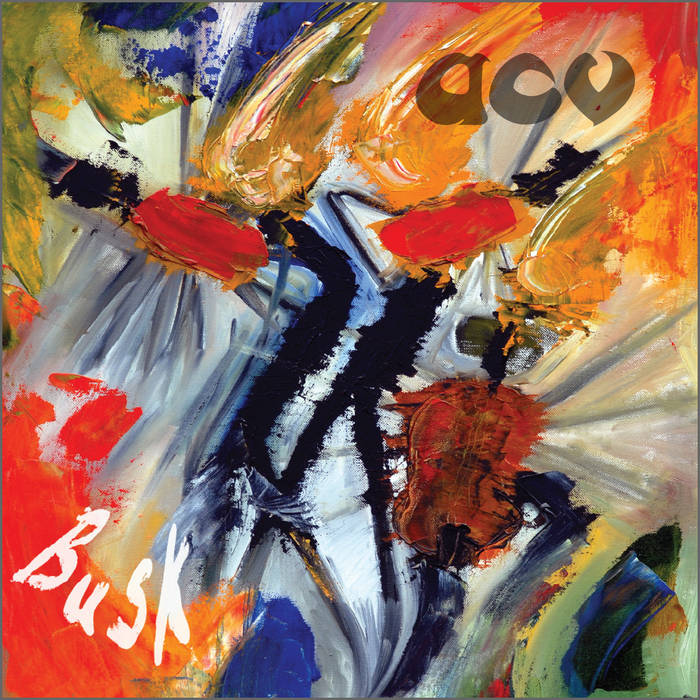 On Busk, you’ll hear hints of Canterbury-style Prog rock, weightless free Improv, deep modal swing, and sensitive balladry, delivered by a group at the height of its powers. With all but one of the tunes written by Champion, it signals the next step in the emergence of not just a tough and maneuverable group-mind, but also a serious and focused compositional talent.

Formed in the North East of England by bassist and composer Andy Champion in 2009, the quintet ACV takes contemporary jazz as a starting point from which to branch out into more arcane territory. Busk is the quintet’s second album, the follow-up to their 2010 debut, Fail In Wood. Here, you’ll find the same hunger and enthusiasm that brought their debut to life – but you’ll also find a new-found confidence, a willingness to move beyond conventional structures and let the music move in whatever shapes it needs to.

With pristine production by Chris Sharkey (genre-busting guitarist with trioVD and Acoustic Ladyland), Busk is the sound of a group coming of age, spreading its wings and preparing to soar. Now not even the sky is the limit.

Double-bassist Andy Champion is a key figure in the North East’s jazz and improvised music scene. He has recorded and performed with major figures including Tim Garland, Jason Yarde, Andy Sheppard, Marc Ducret, Marilyn Crispell, Matt Maneri and Eugene Chadbourne. He also performs in a duo with vocalist Zoë Gilby.

Scottish saxophonist Graeme Wilson is a founder member of the Glasgow Improvisers Orchestra, with whom he has recorded and collaborated with Fred Frith, Evan Parker, Barry Guy, George Lewis and others. He performs regularly with Tyneside group Saxophonics, and has released two albums with the improvising quartet Rich In Knuckles.

Mark Williams is one of the most in demand guitarists in the North East. He has proved to be a restrained and sympathetic accompanist for jazz vocalists such as Zoë Gilby and Ruth Lambert, but also brings his love of frenetic Metal guitar to ACV and with his own trio.

Keyboardist Paul Edis brings a comprehensive knowledge and love of the jazz piano tradition to ACV, as well as to his own sextet. His willingness to build imaginatively on those foundations has made him an ideal partner for top players like Tim Garland, Julian Siegel and Tony Kofi.

In the 1970s, drummer Adrian Tilbrook played with blues giant Alexis Korner and the jazz- rock trio Back Door and, in 1984, formed Full Circle with trombonist Rick Taylor. Over the years, he has played with a host of iconic visiting musicians including Eddie ‘Lockjaw’ Davis, Al Grey, Jimmy Witherspoon and Art Farmer.

“...showing a terrific variety of approaches that joins the dots between current developments, Maiden Voyage-era Herbie Hancock and even prog rock.” - Jazz UK

“...a fusion of ferocity, free expression but most of all a great feeling for experimental music...One moment you can be listening to a tender embrace and then be transported into a flurrying frenzy culminating in a musical mastermind and this can happen just within one
track.” - Leeds Guide

“...a distinctive group sound and identity...ACV are looking for something altogether darker and more organic and they succeed brilliantly.” - Jazzmann