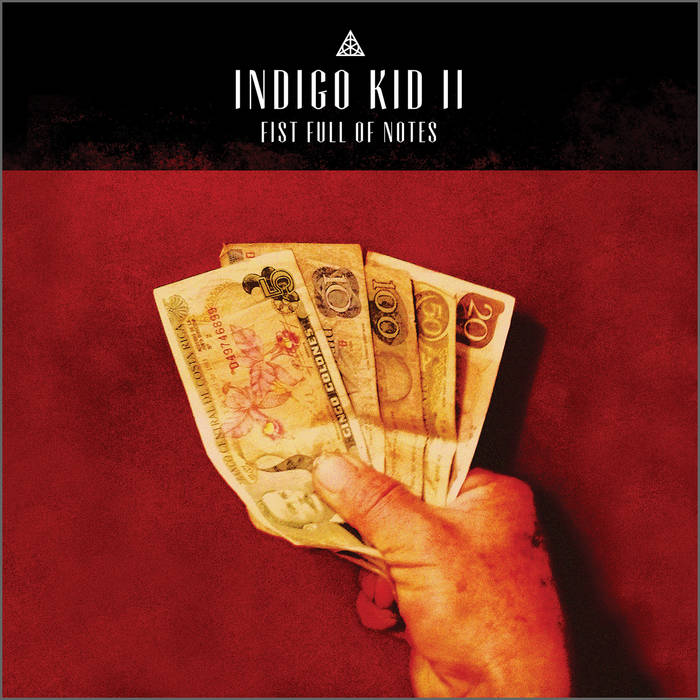 John Cratchley Now here's a young guitarist/composer with a lot to offer...this is his second album for Babel under his Indigo Kid moniker: Dan Messore...
His accomplices here are top flight too (including Iain Ballamy and Martin France).
His guitar styling and tone has more than a touch of the Bill Frisell in it (but then I can here a little John Scofield chording in there too!)...he isn't a copyist,however,just a good musical 'absorber',I think...and very assured.
I like the structure of his songs: complex but uncomplicated,unadorned (you can hear the intention of every instrument) and interesting in their variation...and they are very atmospheric.
One to watch out for...

Favorite track: FROM NOWHERE TO OUR PLACE.

It’s been an eventful three years since the release of Indigo Kid 1, the album that catapulted guitarist, traveller and surfer Dan Messore into the public eye and established him as one of the foremost young jazz improvisers and composers in the land.

Dan’s been involved in a bewildering variety of projects including the Bristol-based trio Michelson Morley with Get The Blessing saxophonist Jake McMurchie, Lacuna, a quintet with trumpeter Steve Waterman and the nu-folk group Little Arrow and has played with some of the finest musicians around. His residency at key London venue The Vortex, “View From The Tower”, in which he and a choice band of young musicians explore the compositions of British jazz composers, has become an essential fixture in the capital’s jazz calendar.

Dan’s music is in fact as wide ranging and broad minded as his travelling would indicate. Costa Rica has been home and inspiration for the guitarist and this cosmopolitan outlook, as much as his love of the wild country, have clearly influenced his playing. In fact this new album is inspired by two apparently contrasting geographical areas, as Dan makes clear: “When writing for this album I had a clear intention of connecting two places that are muses to me. I am very much inspired by natural surroundings and my interaction with them and these two locations, Pembrokeshire, West Wales and Santa Teresa, Costa Rica, are both areas of wild, abundant natural beauty; I have been fortunate enough to live in both. The connectedness to rustic dwelling, beach fires, surfing and an outdoors lifestyle was something that I wanted to try and convey in the composition.”

This philosophy of a spirit of place - having a location as a character in the work - was deepened by the loss of Dan’s father, an event that stirred up memories of both places and is memorialised in the compositions Carpet Boys and The Healing Process.

Sax player Iain Ballamy has been another spirit guide in Dan’s career and his playing on the first album showed how far Dan had come since studying under Iain at Royal Welsh College of Music and Drama in 2003. For the second album, Iain introduced Dan to another protégé, the fine saxophonist Trish Clowes. The rhythm section has also evolved with powerhouse Martin France taking the drum stall and ex-Bill Bruford and Steeleye Span bassist Tim Harries forming a powerful back line. Martin and Tim also contributed greatly to the arrangements in what is definitely a band album.

The third element that Dan’s keen to emphasise on the new disc is his increased use of electronics and effects. In order to bring out the open landscapes that inspire him this extra depth and ambience provides contrast, a three dimensional feel and texture that evokes that spirit of place. It also adds an undertow of emotion, what Dan describes as “...an acknowledgement of pain” which gives these songs great power.

Dan’s jazz chops are evident (as jazz writer Kevin LeGendre pointed out “It’s fair to quote names like Pat Metheny and...Frisell as references, but the seam of jazz Messore is mining goes further back to such as Charlie Byrd and Jim Hall”), but his playing also incorporates elements of folk music, and specifically the English folk guitar sound of Richard Thompson (for instance), and again this adds to the feeling for the countryside, nature and man’s place in it that we hear in compositions such as Snow on the Presellis and Quiet Waters.

The Indigo Kid’s back in town, which can only be good news for Dan’s many fans and for the UK and international jazz scene as we watch this fine guitarist continue to surf the wave of success.

DAN MESSORE
After travelling extensively and settling in Central America for several years, Dan returned to the UK and completed a MA in jazz and composition at the Royal Welsh College of Music and Drama in Cardiff. Dan met Iain Ballamy whilst studying and Iain produced Messore’s debut recording for Babel Records. Since then Dan’s career has blossomed as a member of the up and coming band Little Arrow who’s album “Wild Wishes” was nominated for the Welsh Music Prize 2013; as a regular guest with ‘Michelson Morley’ led by Get The Blessing saxophonist Jake McMurchie and featuring the best of Bristol’s jazz scene; as a founding member of hit theatre show The Bloody Ballad with a recent run at the Edinburgh Fringe; curating the music for the festival “Unearthed In A Field”; running a residency with his organ trio ‘Kindling’ featuring Joe Webb (organ) and Gethin Jones (drums) and a residency at top UK jazz club The Vortex in London: ‘View From The Tower’ with a septet featuring the best of the UK’s players, a revolving line up Gareth Lockrane, Dave Hamblett, Rory Simmons, Trish Clowes, Simon Roth, Rick Simpson, Mike Chillingworth,Tom Farmer, Steve Watreman, Dave Manington and Elliot Galvin.

MARTIN FRANCE
Throughout a career spanning over thirty-five years Martin France has performed and recorded with some of the world’s finest and most creative musicians. He has performed in all five continents including concerts and tours in over forty countries worldwide. He is currently Professor of Jazz - Drums/ Percussion at the Royal Academy of Music in London. Martin began performing at the age of twelve backing singers in Working Men’s clubs moving to London in 1983 where he began his recording career performing on recordings for ECM.

He has been invited to perform with many orchestras and has been active for many years as a studio musician in London performing on numerous recording sessions with many of the world’s leading composers, conductors and arrangers for both European and American Film and TV productions. He is also involved in composing music for KPM/EMI Music in London for worldwide TV and commercial broadcast.

Along the way Martin has performed and recorded with some of the world’s most diverse and finest musicians from Elvis Costello to Evan Parker, has pioneered the use of electronic and sequenced drums/percussion and released two critically acclaimed CD’s with his own band - Spin Marvel.

TIM HARRIES
Tim Harries studied music at the University of York, graduating in 1981 before going on to study Double Bass with Tom Martin at the Guildhall School of Music. He was a member of Bill Bruford’s Earthworks from 1989 to 1993 and Steeleye Span from 1989 to 2001 and has since worked as a session musician for Brian Eno, Katie Melua, Film Composers David Holmes and Stephen Warbeck, writer Alan Moore, on the audio CD version of Moore’s comic book novel “Angel Passage” (2001), and others. He can be heard on the soundtracks of films including “Heart” (1999),“Quills” (2000) and “Perrier’s Bounty” (2009).

TRISH CLOWES
Saxophonist and composer Trish Clowes has been described as “one of the most agile and original jugglers of improv and adventurous composition to have appeared in the UK in recent times” (Guardian). Trish premiered her first BBC commission “The Fox the Parakeet & The Chestnut” in 2014 - the culmination of her two years as a BBC Radio 3 New Generation Artist. She has just released her third album ‘Pocket Compass’ launched at the EFG London Jazz Festival 2014 featuring her quintet (with Chris Montague, Gwilym Simcock, Calum Gourlay, James Maddren) and the BBC Concert Orchestra conducted by André de Ridder.

Other highlight performances in the past year have included Celtic Connections 2014 as a soloist with the BBC Scottish Symphony Orchestra, her own festival Emulsion 3 which took take place at the end of May 2014 - the entire festival was broadcast on BBC Radio 3, the ‘Under Your Wing’ project featuring Norma Winstone at Kings Place and BBC Radio 3 Free-Thinking Festival 2014 with the Royal Northern Sinfonia.

Later this year Clowes will tour with her quintet to celebrate the release of ‘Pocket Compass’, take her trio with Ross Stanley and Chris Montague to the Women in (e)Motion Festival in Bremen (Germany) and make her debut performance at Wigmore Hall with the Heath Quartet and Gwilym Simcock.

Ballamy is a consultant tutor at The Royal Academy of Music and the Royal Welsh College of Music and Drama in Cardiff.