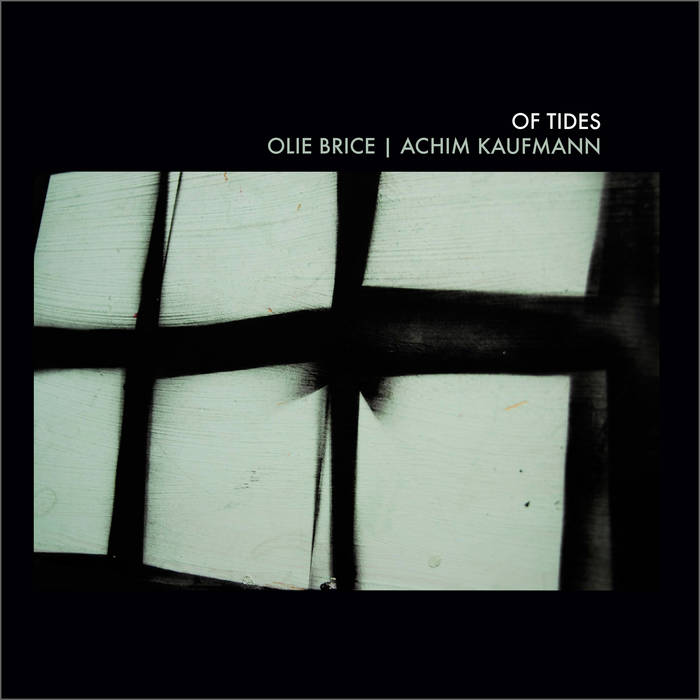 Most conversations, when you think about it, are actually parallel monologues, the juxtaposition and contrast of individual streams of thought, occasionally converging. What we have here, in these conversations between a German pianist and a British double bassist, is something entirely different: an exercise in mutual discovery, beginning with the very first moment a key is pressed or a string is plucked.

Achim Kaufmann and Olie Brice are both composers and bandleaders, but it is as improvisers that they met here to explore affinities and investigate responses as they create music that had never been played before and will never be played in quite the same way again. In such an exposed setting, there is no hiding place: the music lives or dies on the creativity with which the two participants react to each other.

Barely known to British audiences, Kaufmann was born in Aachen in 1962. He studied music in Cologne and lived in Amsterdam between 1996 and 2009, after which he moved to Berlin. He has collaborated with countless musicians and led many groups. Brice, born in London in 1981, is virtually self-taught, having studied history and sociology at Manchester University. It was after hearing Kaufmann on record that the bassist decided to make an approach; initially they played as a trio with the percussionist Roger Turner before becoming a duo for performances in Germany and the UK,
including the set recorded at the Vortex in East London for this release.

What attracted Brice on first exposure to Kaufmann’ s playing was the way the pianist “brings different approaches together into one voice: his abstract playing, going inside the piano and so on, and thestuff that’ s more jazz-based. He has those approaches available for use at the same time, rather than treating them as separate things. That means we can go off in any direction. His ears are so quick –and he’ s an astonishing piano player, of course.”

Kaufmann had not played in London before an initial trio gig with Brice and Turner. New listeners recognise a player who weaves some of the most interesting threads of post-war jazz piano, such as the work of Herbie Nichols and Andrew Hill, into an entirely personal conception of jazz in its second century: intellectually rigorous and sometimes astringent, but always emotionally warm.

As for Brice, he exemplifies the welcome trend of a return to the core qualities of the double bass, the ones that characterised the work of such great figures as Jimmy Blanton, Charles Mingus and Charlie Haden and which survived an era of bassists who thought they were playing a very different kind of instrument. Brice knows that becoming half of an improvising duo does not entail an obligation to play faster and higher simply in order to fill the aural space. There is adepth and intensity of feeling here which, like his subtle use of extended techniques, matches that of his partner in these fruitful and highly enjoyable dialogues.

Review from Marlbank (10 March 2017):
"Perusing Blackie’s Dictionary of Quotations, the occasional insomniac’s favourite bedside reading matter, I seemed to land involuntarily on these words of wisdom from enthusiastic painter of high ceilings, one Michelangelo di Lodovico Buonarroti Simoni, to wit “Genius is eternal patience”. What on earth did the master mean, I whispered to the countless but untalkative sheep not at all intent on slumbering, not that they were supposed to say much back to be fair.
In all probability even with a time travelling helicopter he may or may not have had time to invent in his lunchbreak it is fairly unlikely, granted, that Michelangelo had Of Tides (new on Babel records on 24 March, listen above) in mind. ‘Moss Grew in the Cracks’ does however take forever to unfold but therein likes the flaw, the London bassist Olie Brice and Aachen-born pianist Achim Kaufmann finding far too much time to establish the parameters of their improvising together instead of simply cracking on with it.
Once they have established the mood the humongously long ‘The Rumble of Constant Adjustment’ trowels on plenty of new layers and the pair rummage enthusiastically around, a few oily rags possibly and a bit of paint stripper in hand, as they scythe out a pile of buried dissonances among the thistly patches of tiny silences through all their busy burrowing deep into this particular sonic canvas. There is certainly plenty on offer but it does get a bit samey, Kaufmann, deeply, forebodingly, serious, the mood darkening the longer you listen until ‘To Heap' brightens the outlook every so slightly. But what an exasperating listen. I am still waiting for it all to resolve itself somehow. Can it ever?"