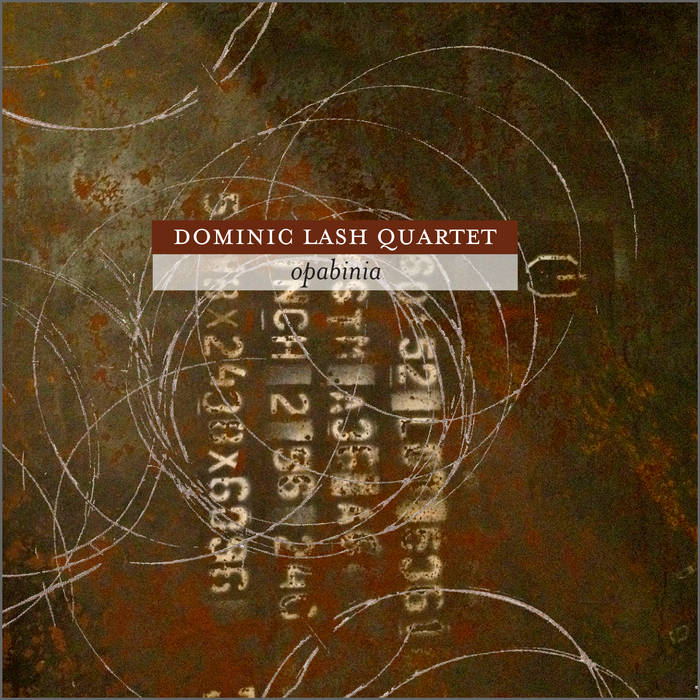 Bassist Dominic Lash has been a powerful force in transatlantic improvised music for several years. Emerging from Oxford as a young improviser, he became a major player in the London Improv scene before relocating to the crucible of New York’s free-jazz scene for much of 2011.

Even so, as a musician with a deep commitment to non-idiomatic Improv, and a rigorous aesthetic that owes as much to contemporary classical, he’s never seen himself as strictly a jazz musician. In 2011, he told Jazzwise magazine:

“[Jazz] is something I’ve listened to and absorbed but it’s not a tradition I grew out of any more than, say, [Japanese classical music] gagaku. It would be odd if it didn’t crop up in various projects, but I’m also sort of wary. I don’t want to end up doing impressions of jazz.”

Yet, with Dominic Lash Quartet – his first project as sole leader – Lash moves closer than ever to the spirit of jazz. First formed as a trio with pianist Alexander Hawkins and drummer Javier Carmona in 2009, the group was expanded into a quartet with multi-reed player Ricardo Tejero in 2011. At live shows, including a tour of Spain in 2012, the Quartet has concentrated on performing Lash’s compositions, while throwing in occasional unusual choices from the jazz repertoire.

With the Quartet’s debut album, Opabinia, Lash unveils his own compositions for improvisers for the first time. It’s the sound of an adventurous composer and musical magpie, revealing the influences and ideas he has absorbed and synthesised throughout his travels.

Lash’s formative grounding in extended techniques and oblique strategies are still a powerful element. Listen to the dry, mournful bowing that opens the album on “Isthmus”, decorated with droplets of piano and dabs of sax, that coalesce into a scattered group statement; the plangent, Feldman-esque theme that patiently unfolds on “Piano Part Two / Catachretic”; and the suspenseful layering of piano flurries, rattling percussion and sly bass daubs, building an irresistible suspense on “Double File.” At the same time, brief tone poems such as “Hallucigenia” and “Wiwaxia” point to Lash’s abiding interest in abstract texture and mood.

But here, more than ever before, we can also hear just how much of an influence jazz has begun to exert on his writing. “Halt the Busterman” hangs on a laid-back funk groove, with lazily meandering bass and sax circling each other like weary sparring partners; while “Waiting for Javier / Luzern” bowls along with something like a mid-tempo blues pulse.

Yet, nothing is quite as it seems. Even in these jazzier moments, Lash constantly undermines and investigates his own methods – with the collusion of a sympathetic and manoeuvrable quartet more than equipped to explore and develop his ideas. So, “Waiting for Javier / Luzern” stumbles into a self-interrogating rhythmic looseness; the quirky strut of “Azalpho” hints at a fragile rhythmic coherence, held together by elastic, gossamer threads; and “Piano Part Two / Catachretic” interweaves tantalising busts of jazz verve with an obscure, playful logic.

By turns mischievous yet serious, accessible yet challenging Opabinia confirms Dominic lash’s position as a deep-thinking musical stylist for the 21st century.

DOMINIC LASH co-leads Convergence Quartet with Alexander Hawkins, Taylor Ho Bynum and Harris Eisenstadt. He plays in a trio with John Butcher and John Russell and The Set Ensemble – an experimental group devoted to the work of composers from the Wandelweiser collective. He has also performed with musical giants Tony Conrad and Evan Parker.

Spanish percussionist, JAVIER CARMONA, grew up playing drums with experimental rock bands and free-jazz groups in Madrid. In 2005, he moved to London and gained a reputation as a rising star of European Improv, playing with luminaries such as John Tchicai, John Russell and others. He now lives in Barcelona.

RICARDO TEJERO is a Madrid-born saxophonist and clarinetist, living in England since 2001. He has played with John Edwards, Steve Noble, Mark Sanders, Pat Thomas, Veryan Weston, Tony Marsh and others. He leads his own quintet, Ensemble Progresivo, and plays with Roland Ramanan Tentet, Triatone, R&R duo, WARY, and The Trumps.