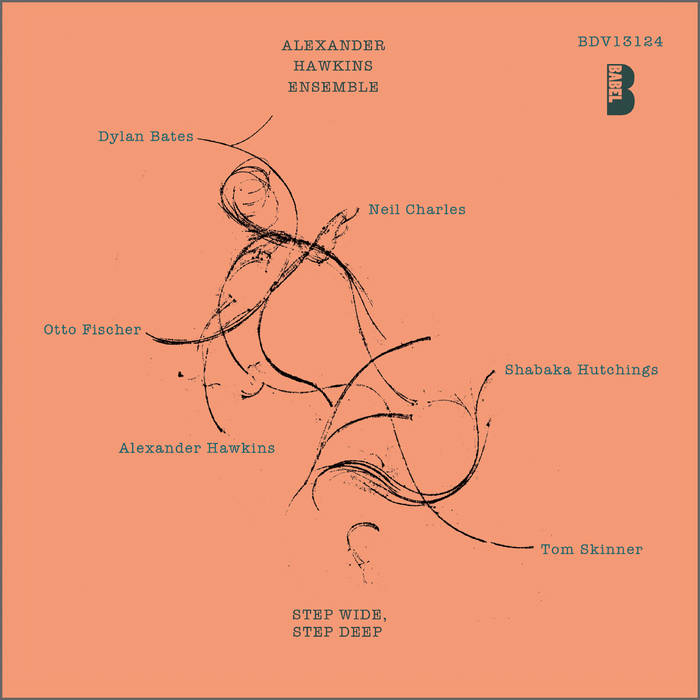 UK pianist Alexander Hawkins is no stranger to projects that allow him to flex his creative muscle. As co-leader of Convergence Quartet and Decoy, and in numerous other collaborative contexts, he’s already displayed a quicksilver imagination and a deep-thinking approach to composition. But it’s with his own Ensemble – a group primarily devoted to interpreting and performing his own writing – that his gifts are most abundantly apparent.

Just 18 months on from the release of All There, Ever Out (also on Babel), Hawkins has overhauled his Ensemble, drawing together a completely new, handpicked squad of crack musicians to help him realise his demanding vision. Hawkins told Jazzwise magazine this year: “It needed to be new music with a new line up. So, I basically remodelled it wholesale.”

Talented guitarist Otto Fischer is the only musician Hawkins has kept from the Ensemble’s previous line up – now joined by rising saxophonist Shabaka Hutchings plus a trio of artists with whom Hawkins already has shared history: bassist Neil Charles and drummer Tom Skinner are both fellow members of Mulatu Astatke’s band, while violinist Dylan Bates recently worked alongside Hawkins on the debut album from Steve Davis’s Human. Together, they form a powerful yet highly manoeuvrable unit.

Although bursting with improvisation and mercurial invention, the new album, Step Wide, Step Deep, reveals Hawkins’ deep commitment to the mysteries and intricacies of composing for a group. As he told Jazzwise magazine: “For me, I can be most creative with some kind of material.” Moreover, though it’s become something of a cliché for 21st century jazz musicians to pay lip service to the idea of blurring the boundaries between composition and extemporisation, in Hawkins’ writing we get a real sense of these two disciplines sparking off each other.

So, for instance, ‘Step Wide, Step Deep / Space of Time Danced Through’ kicks off the album with a riff of wonky complexity before unravelling into a torrential free-playing, with Neil Charles’ bullish bass keeping a tight guiding hand on the reins. Meanwhile, ‘Advice’ is a sweetly resigned and lugubrious blues, swelling and subsiding like long drawn out sighs.
There’s some remarkable ensemble playing here – for instance on the exploratory ‘Forgiven only words once,’ which spurts and dribbles into odd shapes like water seeping into crannies to find the path of least resistance. But there’s also plenty of room for each of the musicians to let their personalities speak.

Dylan Bates’ chameleonic violin, in particular, adopts a variety of accents – conjuring disparate worlds, from a tempestuous Gypsy wedding to a cool-as-ice New York loft, by way of London’s ever-eccentric Klinker Club. Hawkins told Jazzwise: “I’m totally passionate about [violinist] Leroy Jenkins...Dylan really captures some of his earthy sensibility, with very little front or pretension. He can play the shit out of the violin but he’s also got that Ornette Coleman vibe where he can sound like he only picked it up yesterday for the first time. It’s really intoxicating.” Sure enough, Step Wide, Step Deep is an intoxicating brew from start to finish.

BIOGRAPHIES:
Alexander Hawkins is “the pre-eminent UK avant-jazz keyboardist of his generation” (Jazzwise). He plays in Ethio- jazz pioneer Mulatu Astatke’s band; he has recorded with South African drum legend Louis Moholo-Moholo; and he co-leads the transatlantic Convergence Quartet and the Hammond organ trio Decoy. He has just released his first album of solo piano, Song Singular, also on the Babel label.

Multi-instrumentalist Dylan Bates is a member of Human, Bitten by a Monkey and the Flea-Pit Orchestra, and has worked with Billy Jenkins, Crass, Comus, Brian Irvine, Oren Marshall and Evan Parker, among others. His septet, Waiting on Dwarfs, has boasted several of the London jazz scene’s finest musicians over the years.

Guitarist Otto Fischer, also known as a highly individual songwriter (Derek Bailey released his first album, Songs, on his Incus imprint), has performed with a variety of top musicians, both from the UK and the US. His idiosyncratic style led to him being dubbed “a sort of digitized electric griot” in a review of a recent performance at New York’s Stone.

Neil Charles is one of the most in-demand bass players on the UK scene. His performance credits range from Jack DeJohnette, Terence Blanchard and the Mingus Big Band through to Jose James, Mulatu Astatke, and countless others (including his own trio, Zed-U). Alongside a peerless reputation as a player, he is also a renowned producer.

Tom Skinner’s skill and sensitivity in a bewildering array of styles has made him one of the UK’s first call drummers, including for the likes of Matthew Herbert and Mulatu Astatke. He is a member of Owiny Sigoma, as well as leader of his own acclaimed Hello Skinny project.

Clarinettist and saxophonist Shabaka Hutchings is one of London’s busiest reeds-players, effortlessly straddling both the avant-garde and jazz orthodoxy. His quartet, Sons of Kemet, with Seb Rochford, Tom Skinner and Oren Marshall, which mixes jazz, Caribbean folk music and dub, was nominated for a MOBO award in 2013.