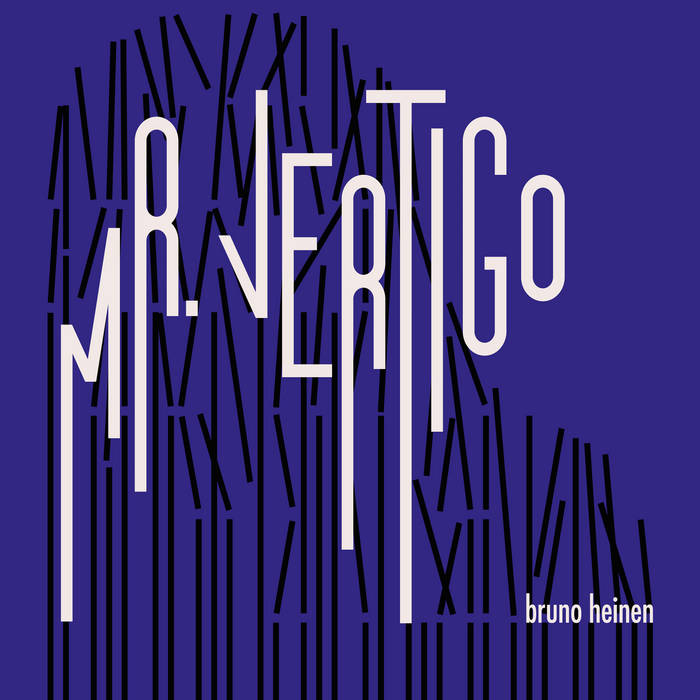 Mr Vertigo is a bold, diverse exploration of solo piano counterpoint by Bruno Heinen, and his sixth album on
the progressive Babel Label.
Heinen has established pedigree in both classical and jazz worlds, in his various collaborations with jazz
players in London and Italy, and his recent role in the piano chair in Bernstein's Wonderful Town with the
London Symphony Orchestra and Sir Simon Rattle at the Barbican.
On Mr Vertigo Heinen approaches the instrument from a new standpoint, without a prescribed attitude to
improvisation or preoccupation with genre distinctions in his compositions or selections. Instead he focuses
in on the contrapuntal identity of each piece – using each one to explore a particular aspect of the rich
relationships between parts in solo performance. The result is a record that resists traditional categorisation.
“Erudition, eclectic studies and a jazz sensibility make Heinen the kind of
newcomer who repositions the goalposts ” The Guardian
Part of Mr Vertigo’s project is technical and investigative, a kind of research: Mirage explores space and
atonality using subtle overdubs and post-production techniques; Virgo is a ‘duet’ with an original
Stockhausen music box; Forgotten Images weaves a rare Debussy theme into an original Heinen
composition; Daydreamer draws on Wayne Shorter’s Night Dreamer to investigate the relationship between
two time signatures.
Each piece of music also has a very human point of origin, a story being expressed by each contrapuntal
approach. The title track, based on a Paul Auster novel, describes the traumatic experience of a boy learning
to fly. ‘Hommage à Kurtág’, played with only the two index fingers, is based on the instinctive moves of
children arriving at a piano to play for the first time. In Kochi Heinen draws on a Vagadhibhusani South Indian
Carnatic scale he learned while travelling through India.
The pianist’s ability with counterpoint has always been evident: in his approach to solo building, his Tierkries
Sextet writing, and in his current studies with renowned pianist Fred Hersch. Mr Vertigo shows him engaging
with the full range of its possibilities.
www.brunoheinen.com