# ONE WITH SPECIAL GUEST STEVE WILLIAMSON 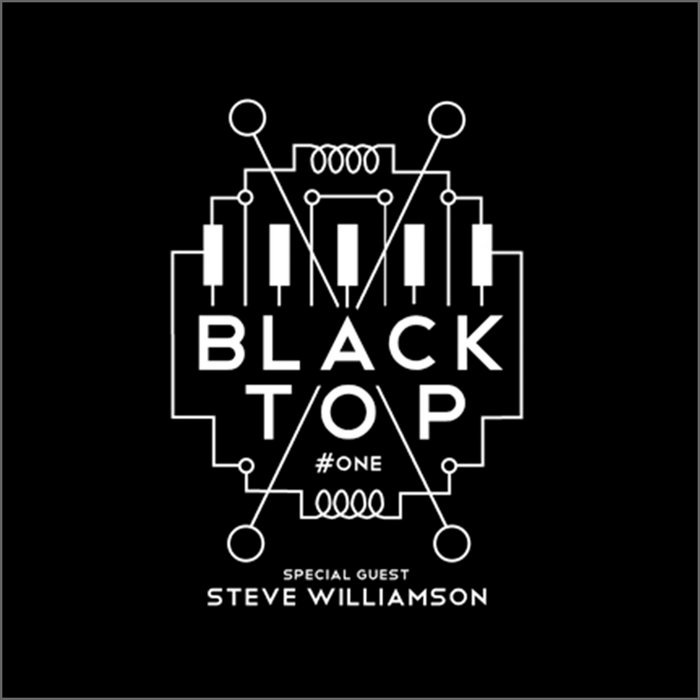 John Cratchley So pleased to see Orphy back with this terrific recording in his duo with Pat Thomas...a wonderful combination of (as the blurb says) acoustic jazz improv and lo-fi electronic tech: it's exciting! Adding Steve Williamson to the brew is definitely intoxicating...drink up!

Corey Mwamba Pat and Orphy are simultaneously creating and re-defining their own genre with this; distinctive samples that are bound in diaspora matched with their razor-sharp sense of timing and sound placement. Williamson is the icing on the very rich cake. Favorite track: Archaic Nubian StepDub.

Black Top, the duo of multi-instrumentalist Orphy Robinson and pianist Pat Thomas, was initiated in late 2011, as a shape-shifting unit, dedicated to exploring the intersection between live instruments and lo-fi technology.

Their virtuoso, freely improvised performances combine twisted loops, samples and dub-effects, which draw on their Afro-Caribbean roots, with a spontaneity and daring rooted in the free-jazz experiments of New York loft-scene innovators such as Sam Rivers.

Through regular live performances at North London’s prestigious Café Oto and elsewhere, Black Top have concentrated on developing working relationships with musicians from across the cultural and generational spectrum, who can match their own technical dexterity and handle the element of surprise that’s ever-present in their experiments.

The debut album No. 1 with special guest Steve Williamson finds the duo reunited with acclaimed UK saxophonist and past collaborator, Williamson, for three wide-ranging musical journeys.

On “Guess Who’s Coming To Dinner,” Thomas unleashes the astonishing physicality that gives him such dramatic command of the piano: prancing, lurching chords narrow into racing, arachnoid right-hand figures, before a cock-eyed Latin-esque vamp dissolves into splayed pummelling, making full use of aleatory techniques while keeping a keen mind focused on story-telling structure. Robinson’s sharp, pointillist vibes solo is carried off with such daring precision that you can almost see the mallets making contact. It’s all fuelled by an off-kilter electronic rhythm, like woozy, robotic West African highlife.

“Archaic Nubian StepDub” could serve as an apt description on Black Top’s entire aesthetic. On this shorter piece, sci-fi bleeps and whooshes create an edgy dance rhythm, to which Williamson responds with tight circular phrases, pulsing with submerged funkiness.

Pat Thomas (keyboards, piano, various electronics) is one of the most challenging and audacious pianists currently operating in the UK, with a unique style that embraces improvisation, jazz and new music. He has played with major figures in improvised music including Derek Bailey, Steve Noble, Tony Oxley and Lol Coxhill.

Steve Williamson (saxophones) has released three acclaimed solo albums, including 1990’s A Waltz for Grace, in collaboration with legendary vocalist Abbey Lincoln. He has played in the renowned ensembles Jazz Warriors, Chris McGregor’s Brotherhood of Breath and Louis Moholo-Moholo’s Viva La Black, and worked with Courtney Pine, Iain Ballamy, Maceo Parker and others.