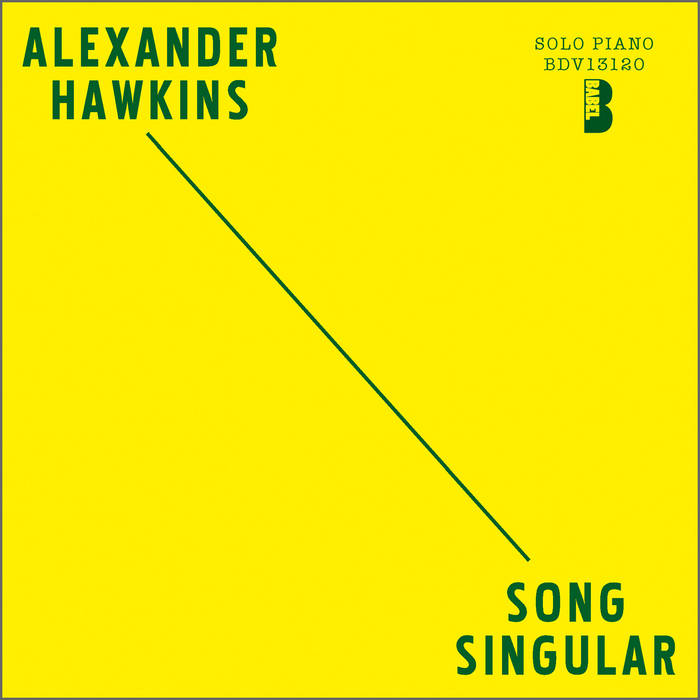 Following in the footsteps of such classic solo recordings as Sun Ra’s Monorails and Satellites, Cecil Taylor’s Praxis, and Art Tatum’s Piano Starts Here, Hawkins presents an excursion into the possibilities of unadorned, unaccompanied piano.

Though the pieces on Song Singular resound with a sense of unpredictability and freedom, not one is a free improvisation. Rather, each performance takes a strong compositional idea as a springboard to extemporisation – with stunning results.

Across these ten tracks, Hawkins draws on the same incisive compositional acumen he’s deployed in Convergence Quartet and with his own Ensemble, here laid bare in the white hot glare of solo performance. Describing his approach to Song Singular, Hawkins told Jazzwise:

“I haven’t necessarily thought of over-arching structures but more harmonic or gestural ideas as compositional things. Most of my writing as a leader to date has been for a medium sized ensemble: lots of the compositional tricks that I take from Anthony Braxton or, say, Charles Ives – the happy chaos of having lots of things going on at once – when you’re really forced to pare it down, to understand where your language is coming from, where you’ve only got two hands to deal with stuff, those options aren’t there so much. So it was really interesting thinking about how I could translate something compositional onto the solo framework.”

Pieces like ‘The Way We Dance It Here’ and ‘Joists Distilled’ pay clear homage to the percussive melodramas of Cecil Taylor – full of balletic leaps, low tonal clusters and garrulous interrogations, while on ‘Hope Step The Lava Flow’, Hawkins tips his hat to the more explicitly melodic jazz of Art Tatum, with sly motifs coyly surfacing at oblique, unexpected angles. Elsewhere, two other giants of the keyboard – Duke Ellington and Sun Ra – loom large, with a delightfully splashing and playful rendition of ‘Take the “A” Train’ that reprises the freewheeling mood and style of Ra’s version on the Live at Montreux album.

With Song Singular, Alexander Hawkins stakes his claim not just as youthful heir to these iconic figures, but as a key 21st stylist in the art of solo piano.

Alexander Hawkins is “the pre-eminent UK avant-jazz keyboardist of his generation” (Jazzwise).

Hawkins plays in Ethio-jazz pioneer Mulatu Astatke’s band; he has recorded with South African drum legend Louis Moholo-Moholo; and he co-leads the transatlantic Convergence Quartet and, together with bassist John Edwards and drummer Steve Noble, the Hammond organ trio Decoy, with whom he’s performed and recorded with veteran US avant-gardists Joe McPhee and Marshall Allen. He also leads his own ensemble, which has just released its third album, Step Wide, Step Deep, also on the Babel label.