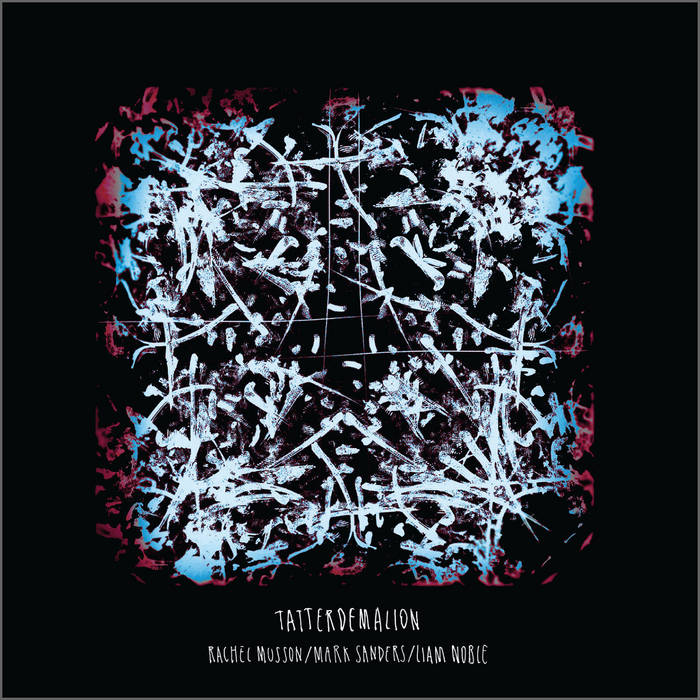 Ulrich Jonas Rachel Musson was a new voice for me. Together with Noble & Sanders nothing could go wrong

The trio of Rachel Musson, Mark Sanders and Liam Noble only played together for the first time at the end of 2010, but already they’ve forged a thrilling group identity with a distinctly original take on freely improvised music.

Taken individually, these are three highly creative musical deep-thinkers. Musson is a saxophonist capable of switching from free-flowing lyricism to intense multiphonic skronk in the space of a heartbeat. Sanders is a hugely experienced and in-demand free-drummer who plays with an impeccable sense of internal swing. Noble is a pianist who brings a highly original, acerbic intellect to the piano, and who has more recently begun to explore the infinite possibilities of electronics.

As a unit, they are making music that harks back to the earthy roots of free-jazz while simultaneously gazing outwards into galactic space.

The debut album Tatterdemalion finds the trio exploring multiple avenues for empathic interplay with an emphasis on texture and energy. Opening track, ‘May Be A Silken Thread’ begins with Sanders’ tentative skitter before a rumbling, cumulative groove emerges through Noble’s low-end bass keyboard lines, setting the scene for Musson to unleash precise yet braying multiphonics, like a calmly calculating Peter Brotzmann.

And, on ‘The Blanket Feels Woolen,’ Noble’s weirdly twittering moonscapes, coupled with Sanders’ wafting cymbal clouds create an inquisitive cosmic drama Sun Ra would have been happy to put his name to – providing a sense of astral scale that gives Musson room enough to waft, weightless from one melodic urge to the next.

This is 21st century free music with an eye on the future. And the future starts now.

Saxophonist RACHEL MUSSON has played with Mary Halvorson, Sebastian Rochford, Gail Brand and many others. She has released one album with her ensemble, Skein, the critically acclaimed Flight-Line, and has also recorded with New York-based drummer Federico Ughi and Caroline Kraabel’s Mass Producers. She is currently working with Danish saxophonist and flautist Julie Kjaer.

Over the last two decades, pianist LIAM NOBLE has played everything from standards and new composition to free improvisation and electronics. He has released numerous CDs under his own name, and is a member of the improvising trio Sleepthief with Tom Rainey and Ingrid Laubrock. He also has regular associations with saxophonists Julian Siegel, Bobby Wellins and Mark Lockheart and with singer Christine Tobin.

As one of the leading free-Improv drummers in the UK, Mark Sanders has played with key improvisers from around the world including Evan Parker, Peter Brotzmann, Derek Bailey, Henry Grimes and many others. He enjoys a long-standing partnership with bass player John Edwards and plays in several ongoing collaborative projects including Riverloam Trio with Mikolaj Trzaska & Olie Brice.